Last month we had the opportunity to host a fun in-home party with HEXBUG Nano V2 Party for our kids and their cousins. My kids already really love HEXBUGS so they were excited to share.  We headed out to my parents house with several sets, perfect for building large habitat systems for the bugs to climb in.

Fun defies gravity with a HEXBUG Nano V2 Play Set.  Customize the layout and design of the HEXBUG Nano habitat set with the spiral, straight and curved tubes, connectors, HEX cell bases, a black hole feature and more. Then, they can send in the HEXBUG which is a lifelike insect that can defy gravity, and watch it climb up, down and all around—and get swallowed by the black hole! It’s a great gift for a kid who loves bugs, life science or building.

My husband had fun building with the tunnels and created this elaborate habitat. If you aren’t familiar with the product, the bugs will actually climb up on their own through the tunnels! Yes, they go vertical and it is very cool.

The look on my niece’s face kind of says it all. She was surprised to see something so cool sitting on her Grandma’s table. While dinner was cooking, they played with the bugs. Watching them climb up and around and over and through. Sometimes they would get stuck and need a little help getting out. But mostly, they were simply fun to watch.

My little guy may be only 21 months, but he loves the HEXBUGS. He loves everything about them and we let him participate under adult supervision. (HEXBUGS are designed for children 3+.)  Of course he can’t assemble the system but he loves to hold the bugs and feel them vibrate. He enjoys watching them move about the course. And he loves putting them into the tunnels. 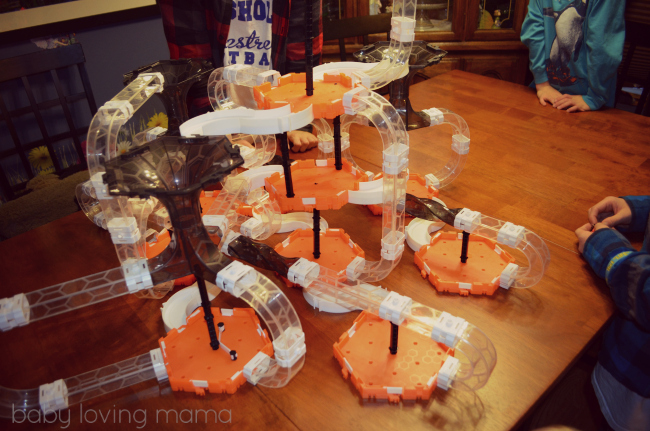 A HEXBUG birthday party would be a fun way to give a gift  and get a great activity for children of all ages. It could be entirely unstructured where the children can just play however they want. Or to have some fun games, having races with the bugs could be exciting!  For older children,  challenge them to create a cool build would make a fun game as well.

There are endless possibilities and so much imagination used when playing with these bugs. As a parent, it was really fun to watch their interaction. 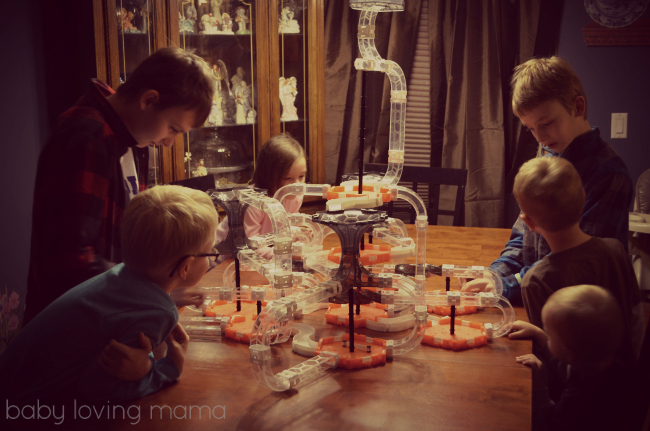 For dessert I made these fun worms in dirt parfaits using a chocolate mousse mix, crumbled brownie and gummy worms. They were so simple to make but were so fun for the kids! I would definitely make them again.

After we had dinner and dessert my husband starting packing up but he decided to put out a smaller build for them to play with and leave at Grandma’s. That ended up being a big hit too!

Look for HEXBUG Nano V2 products at retailers nationwide, including Target and Toys “R” Us. Prices rage from $7.99 for bugs up to $49.99 for a large set. Be sure to follow them via social media including Facebook and Instagram to stay up to date on all the latest product news and be inspired!

Disclosure: I received samples in the form of a party pack. All thoughts remain my own.