N Circle Entertainment, a sales, marketing and distribution company of family friendly entertainment, was kind enough to send me two DVDs recently to review. We received Super Mario Bros and Sonic the Hedgehog DVD immediately before our week long vacation at a log cabin so I included them while packing just in case. I am so glad I did.

While these two DVDs may have been a little old for both my children, they worked great for my sister’s kids, especially my almost 5 year old nephew Christian. He has always been a huge fan of Sonic the Hedgehog and Super Mario Bros so I figured they might go over well. That was an understatement. Since many of our days were rainy he asked to watch these every chance he got. Needless to say I was more than happy to let him keep them after the trip was over!

Here is some more information so you can learn a little bit more about them. They retail for only $6.99 on Amazon so they are a great value! 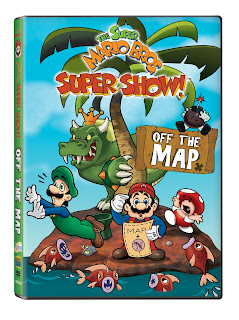 Synopisis: Bad Rap – Koopa kidnaps the King of Rapland where everyone speaks in rap rhyme. It’s up to the rapping Marios to save the day.
Too Hot to Handle – Koopa has imprisoned the Fire God of Lavalava Land and forces the natives to sacrifice the Princess Toadstool to the local volcano.
Mighty McMario and the Pot of Gold – When a Leprechaun our heroes meet in Shamrock Land asks them to help recover his pot o’gold coins stolen by Koopa, the Marios can only say yes.
Elvin Lives – The Marios, the Princess, and Toad arrive in Sock Hop Land to save the music king Elvin Parsley from Greaser Koopa.
Crocodile Mario – Our heroes arrive in Down Under Land and have to save the Outback Mushroom People from Kangaroo Koopa and an army of crocodiles. 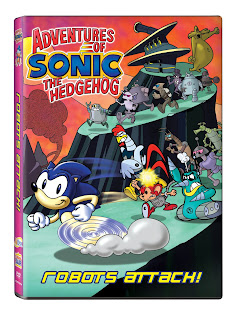 Synopsis: Grounder the Genius – When Hacker, an adolescent computer whiz, steals a super-intelligence program from Robotnik’s computer, Sonic has to protect him, smashing Grounder to pieces. But when Grounder puts himself together, he accidentally installs the intelligence program. Now that Grounder is a genius, he invents a petrifying ray, turns Sonic to stone, and Hacker and Tails come to the rescue.
Sno Problem – When Scratch and Grounder use Robotnik’s new Slo-Mo Ray Gun to capture Sonic, Tails rescues him by reversing the gun and turning it on a tribe of friendly Tree Sloth People who become a high speed commando strike force against Robotnik.
Full Tilt Tails – Robotnik invents an electron altering generator which makes Scratch and Grounder twice as fast as Sonic. When they lose it and Tails picks it up, Tails speeds through the Mobius countryside leaving disasters and accidents in his wake. Seeing this, Robotnik convinces the villagers that the little fox belongs in jail, and Tails is forced to flee.
Coachnik – Robotnik invents a robot coach, the Coachnik, to put Scratch and Grounder through a Training Camp to improve their skills. Then Coachnik puts a bomb in Grounder’s head as a booby trap for Sonic, and a football game ensues with Grounder’s head as the ball.